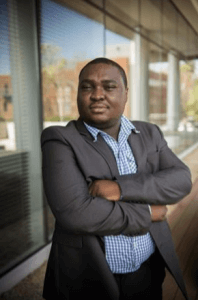 My journey through APC

The journey through APC wasn’t an easy one, with the need to juggle both work responsibilities and studying. The exams were physically taxing with a lot of sacrifice required, but at the end the resulting elation on the 23rd of February was worth the 7-year investment I put in to get there.

I was nervous during the start of the APC Programme, especially as I had heard about the amount of work required and because I personally knew individuals who had not been successful in previous years. One thing that helped put my mind at ease was being able to find a group. My group was academically committed but also had good morale and chemistry – which led to a good working atmosphere. I believe that these are critical components in the selection of a group. A few other important aspects would be to find a group of people with good work ethic, different work experiences and a mixture of people with varying opinions. It is important to challenge each!

There are several valuable lessons that I learnt throughout the tenure of my APC journey. The most important one was time management. You quickly learn that although you have 5 days for preparation, there are several different areas to cover. You need to be able to understand the triggers and rank them in terms of importance. It’s almost impossible to cover everything to the same depth. Another important lesson is the ability to trust your teammates. Because of the workload, it is important that each member is entrusted with sections of the research. However, never make the mistake of not supplementing that research with your own work. The research from fellow team-members acts as an important starting point and as guidance on issues to cover, but it should never be the only thing you depend on.

In preparing for the three exams (Mock, September, Final), I found the UCT VLE portal quite useful. The material I found most useful was the transactional writing document (this acts as a guide for the different kinds of communication) and the ITC notes which helped in refreshing my technical knowledge. The mock exam was important in helping me set out a routine for later exams. It also allowed me to see what areas I should improve on. This was the exam I found the most physically taxing because the 8 hours are a real shock to the system, but I battled through it.

My routine for the later exams were as follows – group meeting on the morning when the pre-release information was released. Then two days of working and then a meeting with my group after that. This guided me on areas which I needed to focus on within the remaining days. I also met a friend from a different group the following day for a quick discussion on issues that my group had possibly missed out on. The day before the exam was usually the least intense as I needed to preserve energy for exam day.

The exam day was an entirely different experience on its own. I was able to navigate through the 8 hours by properly pacing myself. I did this by focusing on answering the questions requiring calculations and intensive thinking first as my energy levels where still at their highest. I stayed energized by consuming energy drinks throughout the day. A good night’s sleep the day before was also instrumental in me feeling focused. The last hour is one of the hardest due to fatigue. The key is to just hang in there as the ultimate prize is worth the sacrifice.

The APC Programme was a challenging experience and required lots of sacrifices in terms of the time I had to put in, the effort in studying and all the researching. However, it provided me with a platform to both improve my discussion skills (because of the team interactions) and my communication skills (the various tasks we had to prepare as part of the programme).  These are valuable skills that will put me in good stead as I qualify to become a CA(SA).